As part of a large renovation project of the Old Courthouse Visitor Centre in Lifford, Co.Donegal, I was commissioned to design and install a mural – something to incorporate the history of the building, and make it engaging for a wide audience. This involved bringing to life the many stories of the prisoners and their cruel punishments as well as the key dates in the Courthouse’s long history from 1745 to the present day.

As well as being a wonderful heritage project to be involved in, it also gave me the freedom to have some fun imagining the many colourful characters that would have come through the jail over the years.

*Favourite thing I learned from making the timeline*

People from Donegal were making a serious amount of Poitín back in the day. In one sitting of the court, over 100 cases were heard regarding the illegal distillation of this alcohol. Bonus: The Irish word for a hangover is ‘póit’. 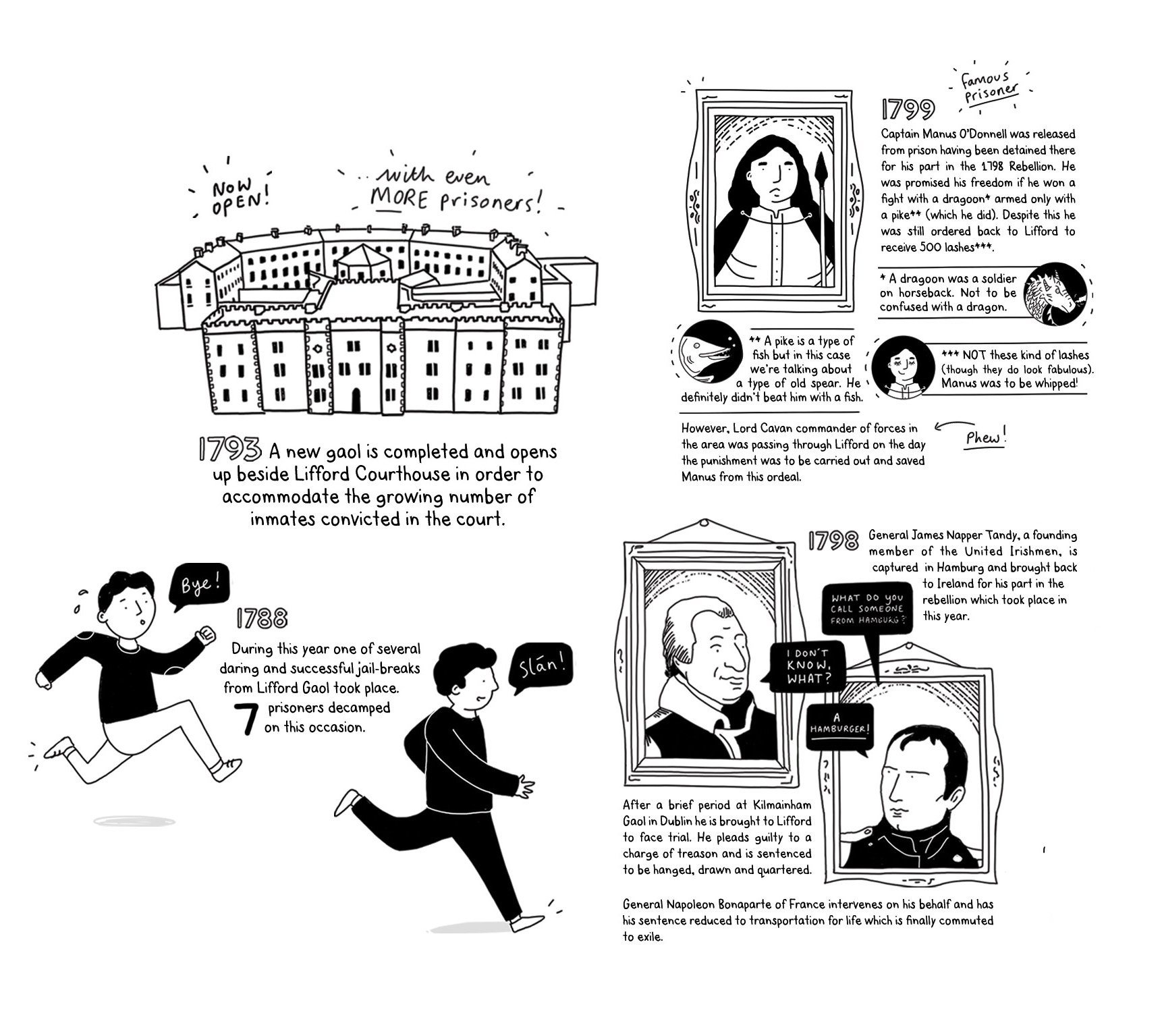 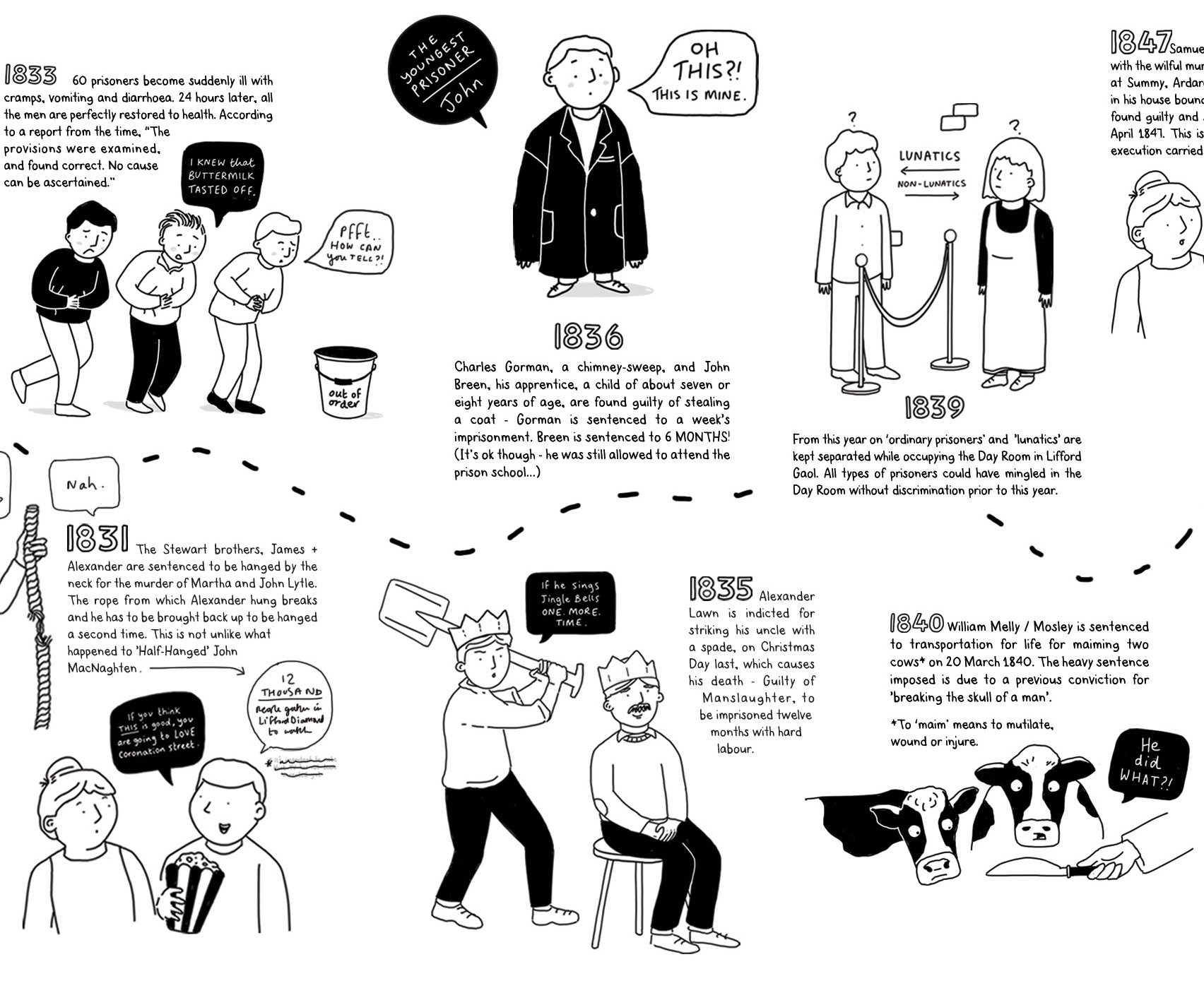 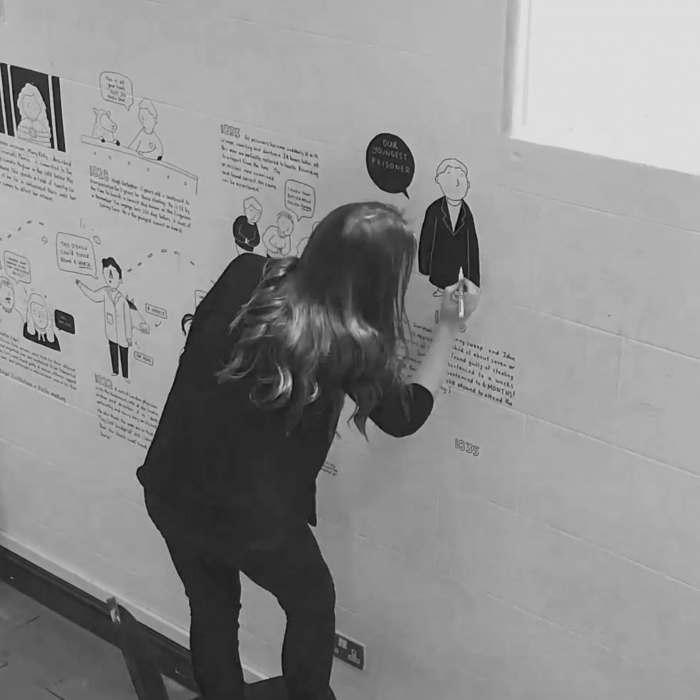 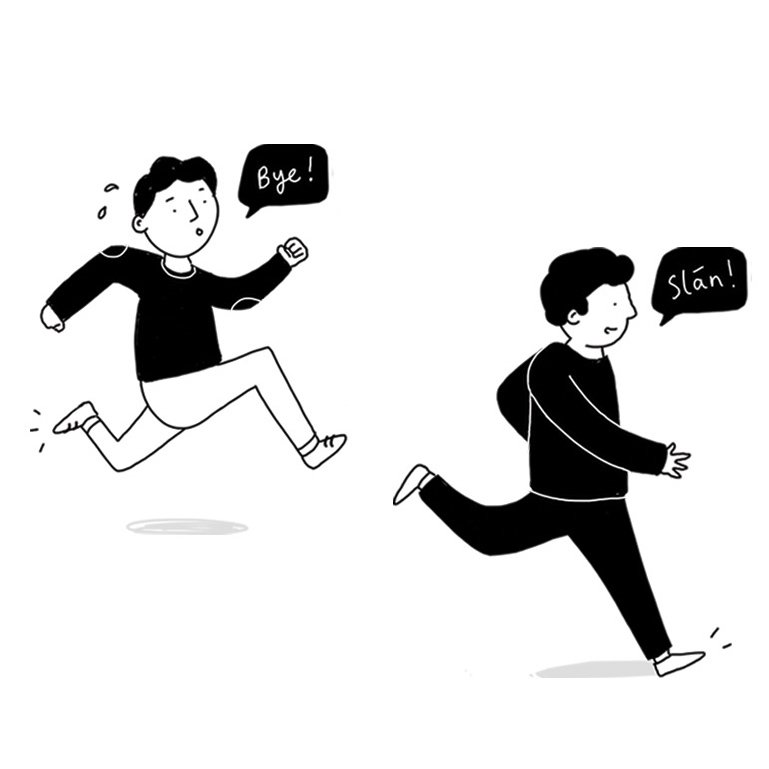 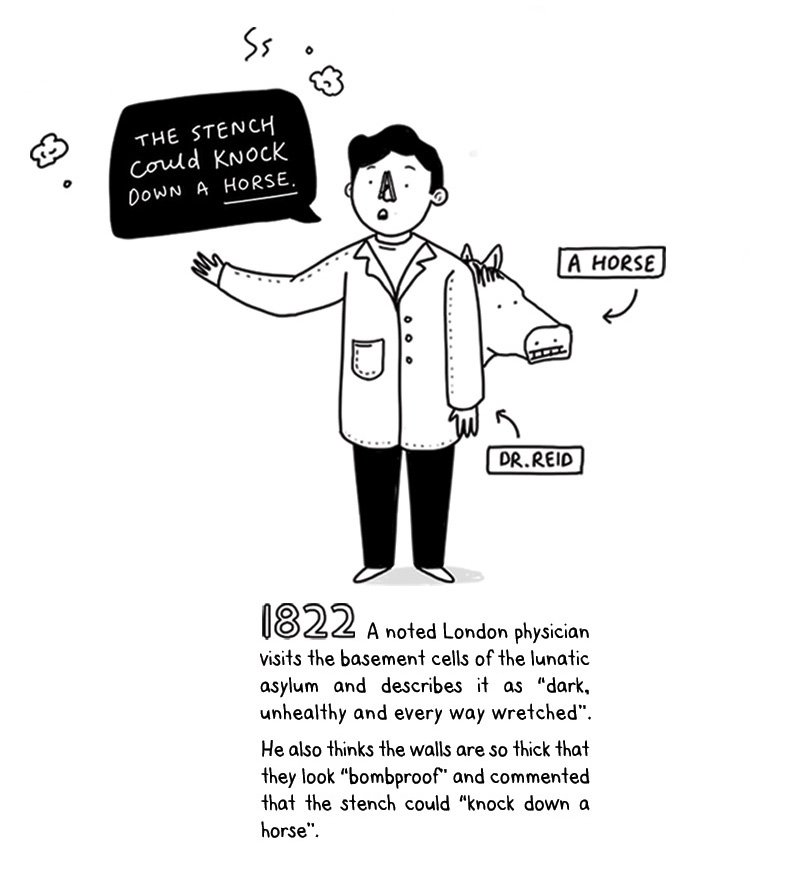 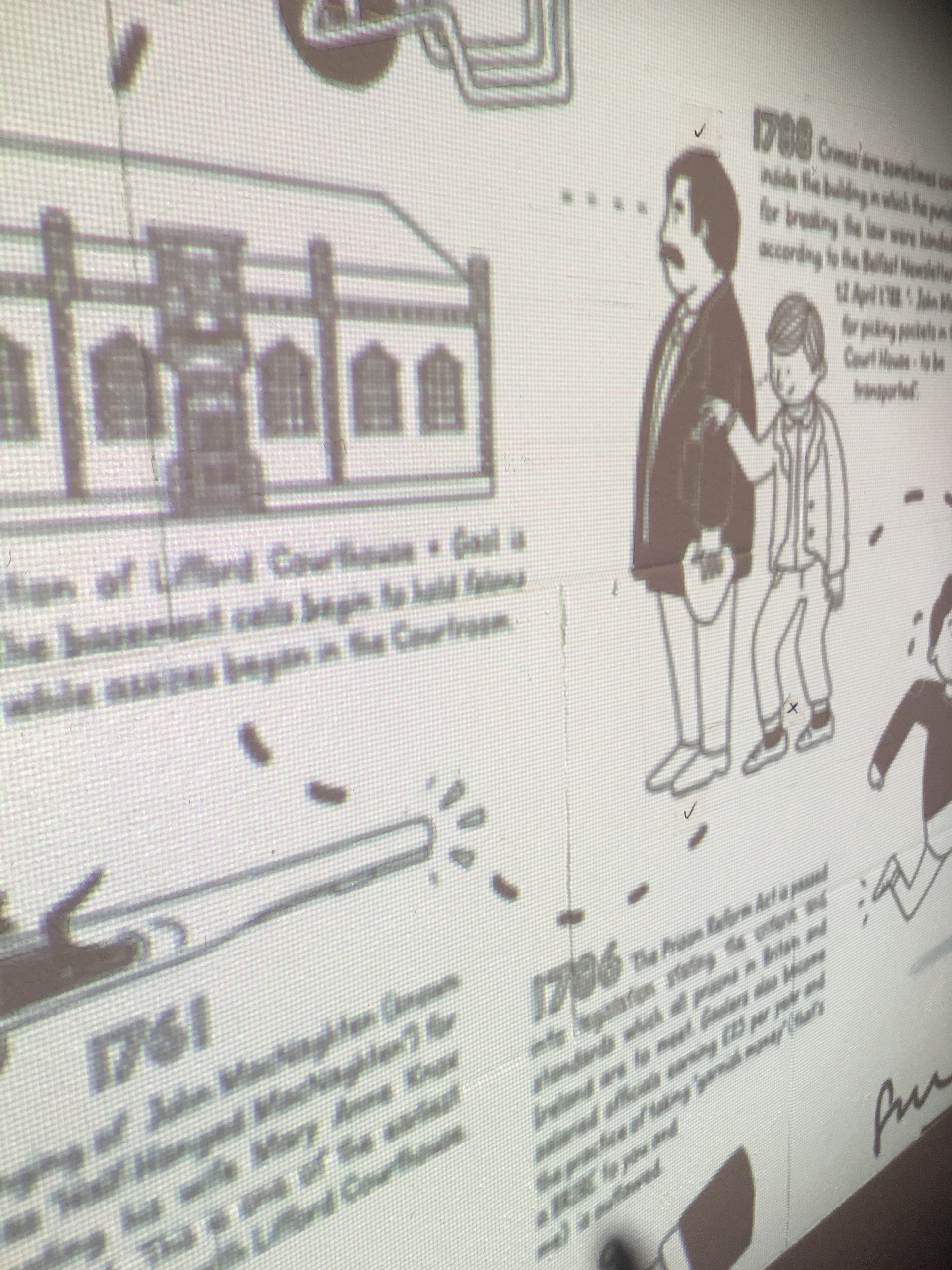 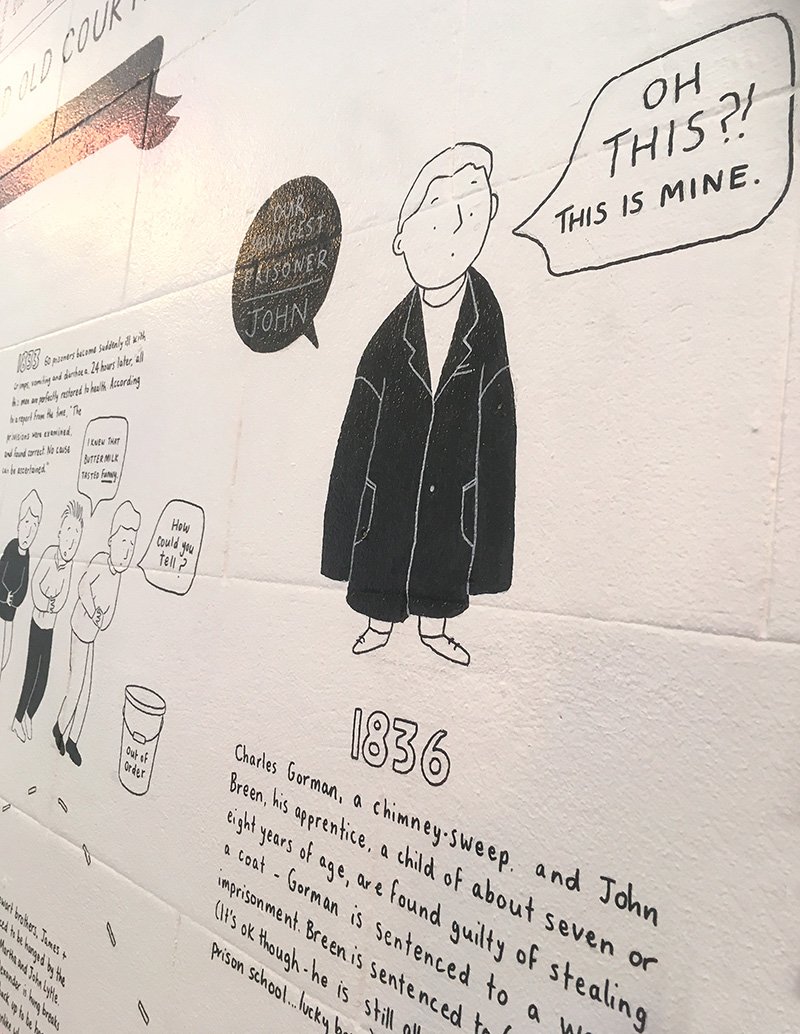